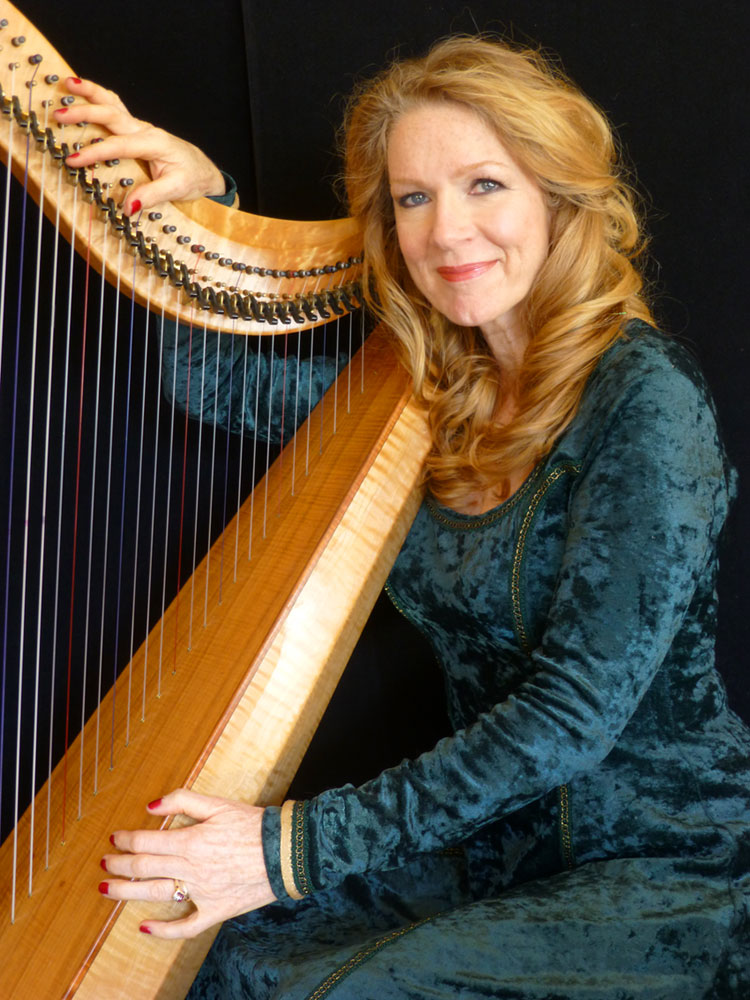 The Celtic or folk harp is a direct descendant of the first harps. It traces its lineage back to all the corners of the ancient world, to Egypt, to the Middle East, to the Celtic isles and old Europe.  Far older than the orchestral or pedal harp, the Celtic harp has reemerged from near obscurity, thanks in part to the modern technology that gives it accurate sharping levers.

Kathie performs on her 36 string harp, handcrafted of curly maple and koa wood, built by Dusty Strings in Seattle, Washington. Other harps in her collection include a 26 string Dusty Strings harp built of maple and koa, a 22 string Triplett Irish lap harp, and a 31 string reproduction medieval bray harp built by Catherine Campbell of Port Townsend, Washington.  This medieval harp is based on the harp depicted in Hans Memling’s 1480 painting, Madonna and Child with Angels at the National Gallery in Washington DC.

Kathie is also a winner of several Pacific Northwest Scottish harp competitions, including first place in the advanced harp category of the 2007 Northwest Regional Scottish Harp Competition at the Highland Games in Enumclaw. 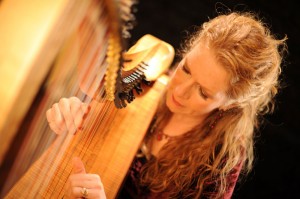 I was entranced with the idea of playing the harp when I was very young.  When I was 13, my parents took me to see a world renowned orchestral harpist who was making an unusual appearance in Laguna Beach, California. My parents thought they were giving me a wonderful gift. And it did seem that way, in the beginning. She had an enormous gold and white pedal harp, and a huge puffy dress. I was only 13, but somehow my heart knew there were beautiful melodies in store for me. I could hardly wait. 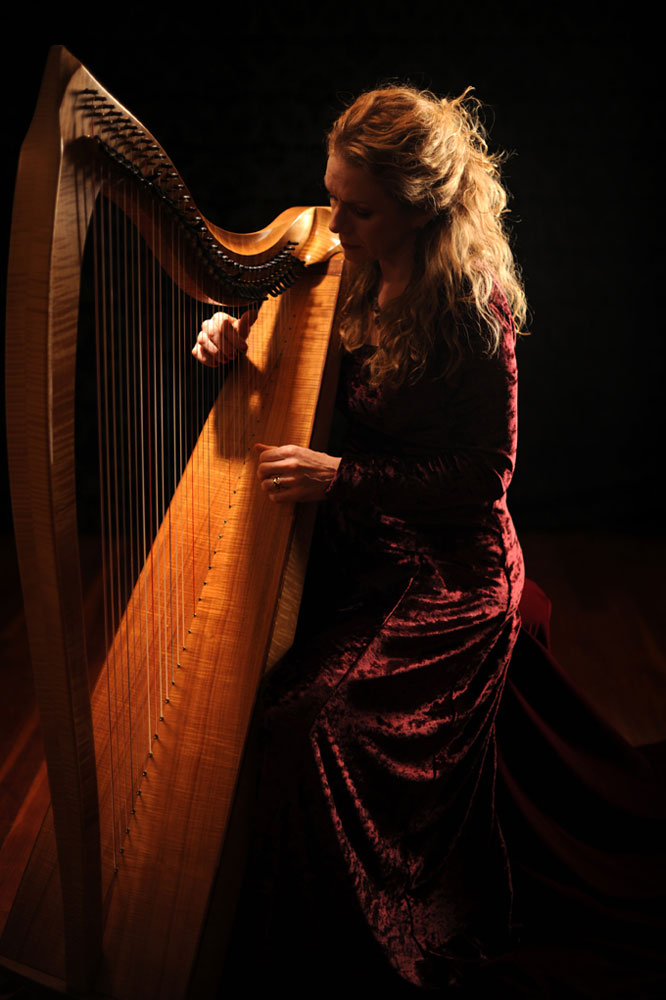 I listened to her, and the more I listened the unhappier I became, because the music did not sound the way it did in my heart. Her music was perfectly executed, dramatic orchestral harp compositions by famous composers, full of heavy theatrical chords. I cried all the way home. I gave up my dream of playing the harp.

Nearly 30 years later, I was busy one day working in my office in the community hospital on Whidbey Island, Washington, and I heard the music drifting down the hallway that I’d always heard in my heart. A man with long silvery hair was playing a small harp and everyone who heard him was smiling, and looking as if they were happier, feeling more at ease. The music swept me up on its wings. This was the music my heart had dreamed of.

My clarinet was long gone, having completed its work with the southern California public school music education programs, teaching me to listen carefully, and to read written music, and to play and to compete in elementary, junior high, and high school bands. My bagpipes were up on the wall where they still are to this day, commemorating a pleasurable time of being a member of a high school bagpipe band. My hammer dulcimer, which I bought to celebrate the completion of my M.B.A. (that was a clue ~my brain pursued business but my heart wanted music!) rested on its stand in my living room, gathering bits of dust around the edges of the ornately carved tree in its center. I had enjoyed the hammer dulcimer, but now the music in my heart had found its companion.

I bought my first harp, took lessons and learned to play by ear. I attended harp workshops and weekend harp festivals.  Gradually, I acquired a repertoire of music that I love.  Some of the tunes I play are tunes I first learned from my mother as she sang to me in my childhood ~ The Ash Grove and Wild Mountain Thyme. The Skye Boat Song I first learned on the bagpipes. Today, I still play the harp by ear, learning and playing music primarily by listening. I listen to the music in the air, and to the music in my heart.

There are no upcoming events. 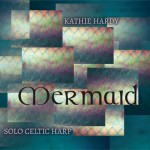